You can find 6 different owner's manuals for the BMW X7 on this page that are in the PDF format. 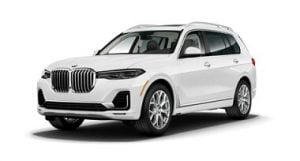 BMW’s range of SUVs may have started out with people thinking they were something of a novelty after so many years focused on executive and luxury sedan cars. However, nowadays it’s hard to imagine the BMW line without them, and especially one of their newest full-sized additions, the X7, which was introduced to the family in 2018.

The X7 is both the largest and the most expensive in the company’s lineup. It was first announced and launched at the 2017 International Motor Show in Frankfurt, with production starting in 2018, chiefly at BMW’s South Carolina plant.

While it shares a platform with the X5, it remains taller and wider, with a longer wheelbase for extra cargo space even while having a third seating row. You get a decent 12.8 cubic feet with all the seats being used, which is just short of what you’d get from a typical sedan. Fold down the third-row seats, however, and that jumps to 48.6 cubic feet, and again to 75 cubic feet if you need the entire rear section.

Among its more advanced hardware features is a self-leveling air suspension system that can be raised or lowered by 1.6 inches at any time, and automatically can lower the car by 0.8 inches when hitting speeds of 85mph or more. This helps the X7 work as an extremely comfortable and quiet family-friendly vehicle for journeys long or short.

After 4 years in its original form, BMW decided to offer a mid-generation facelift for the X7. While the model looks largely the same as the original, there have been some changes made to the side profile and rear end of the vehicle. Most changes were concentrated on the front-end exterior, with new headlights and a new larger signature BMW kidney grille. 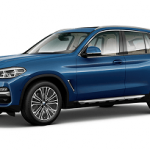 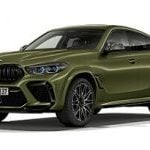