You can find 29 different owner's manuals for the Toyota RAV4 on this page that are in the PDF format. 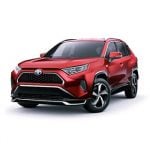 This new 2022 model features added LED headlights, a different alloy wheels design and more powerful USB ports. Inside of the car is new electric adjustable seating and illuminated window switches to help see them in the dark. 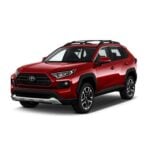 For the 2021 model year, the RAV4 was introduced to the European market as the Suzuki Across to help the partnering Japanese automaker reduce its average emissions in the region. The Chinese sold Wildlander version also gained a PHEV option for 2021 too. 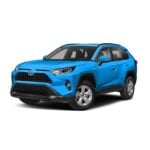 This 2020 model of the RAV4 was finally introduced to the Malaysian market with 2 engine options. The company also updated its onboard safety software to help it pass "the moose test" after it failed the Swedish motoring magazines test. 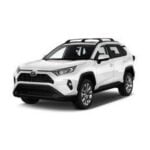 The first model year for the fifth-generation RAV4 was 2019 with North America, Ireland and the UK getting the first delivery after Japan. Three months after the introduction of the model came the hybrid version that was in huge demand. 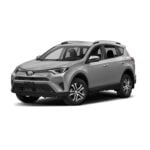 2018 model year versions of the RAV4 were the last of the third-generation. The fourth-generation was teased to the public at the New York International auto show this year and the first sales took place in December. 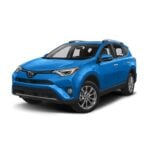 In 2017 the RAV4 Adventure trim was added to the order sheet for North American customers. Later in the year, the next-generation model of the crossover SUV was unveiled at the Los Angeles Auto Show, built on the Camry platform. 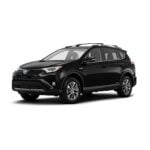 For the 2016 model year, the RAV4 received a facelift along with the introduction of the hybrid version of the car. Front and rear lights were replaced by LEDs and inside of the SUV instrument cluster was replaced by a TFT display. 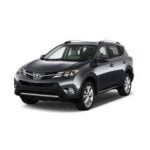 In 2015 the RAV4 received an award for being WheelsTV pre-owned vehicle of the year. A facelift was also introduced that will be rolled out for the next model year. 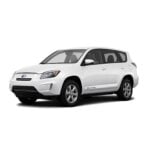 For 2014, the Toyota RAV4 was crash tested by IIHS who found that the head restraints and seats, roof strength, side, and moderate overlap front all scored "good". The car was let down though by the Small Overlap Frontal test scored "poor". 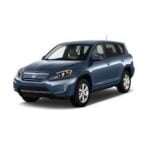 Sales of the fourth-generation model of RAV4 began in 2013 with production in China taking place later that year. An offroad capable version of the crossover SUV was introduced in 2 trims: the Adventure and the Premium. 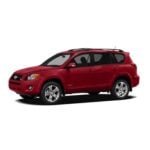 2012 spelled the end of the third-generation RAV4 with the next-generation model being unveiled at the Los Angeles Auto Show that year. Models sold in 2012 we subject to a light facelift and the EV version of the SUV being updated in a joint project with Tesla. 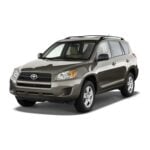 RAV4 models that were manufactured in 2011 were subject to a light facelift for the 2012 model year. 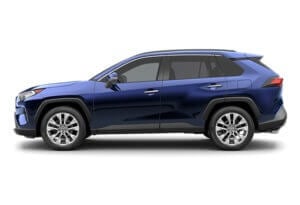 Production of the RAV4 started in 1994 by Toyota as they created the first compact crossover SUV on the market.

Now the compact crossover SUV market is full of choices such as the Peugeot 3008 and the Honda CR-V.

The theory was that car buyers wanted the benefits of an SUV (a market that was growing fast across the Western world) without the downside of large fuel and maintenance costs.

This car was first released in Japan and Europe and based on that success the RAV4 was eventually introduced to the American market in 1996.

It’s available as a front-wheel-drive or a four-wheel drive depending on the intended use with the off-road capable models being slightly heavier and both are covered in the same Toyota RAV4 owner’s manual.

The modern version (the 5th generation of redesign) released in 2018 brings a wider range of engines, transmissions and trims, such as:

Buyers of the most recent version of the Toyota RAV4 can opt for a hybrid or non-hybrid engine with a choice of 4 transmissions (manual, automatic or CVT).

The fifth generation is also available as the Suzuki Across (see below) or Toyota Wildlander in some territories around the world, sharing the same mechanical part and some aesthetic ones too.

For all of the models that have spawned from this original model, you can check out this Toyota RAV4 owner’s manual to learn how to operate and maintain them.

Since its introduction in the mid-1990s, the car has seen sales growing rapidly year on year owing to its evolution into becoming a low-cost family car with plenty of room.

The move away from the utility vehicle it was before the start of the new Millennium into the stylish 5 door SUV it is today has gained it a much larger audience of buyers.

For 2022 the RAV4 is offered with a new trim called “Adventure” that adds several new features and visual alterations to make the car more “rugged”.

It is fitted with a 2.5-liter gasoline engine and alongside its 19-inch alloy wheels it sports a matte-grey paint job.

That gasoline engine powers the front wheels while the mild-hybrid system powers the rear wheels to both improve acceleration and capture lost energy during braking.

Suzuki released the Across model in mid-2020 which is a rebadged version of the Toyota RAV4 plug-in hybrid. 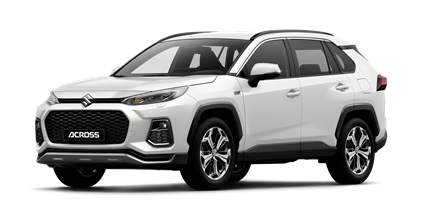 It is only available as the PHEV model of the compact crossover SUV with the ability to capture lost energy during braking while also being able to charge from a mains outlet for electricity-only driving.

You will only find the Across for sale in Europe as the model was released mainly as a way to reduce the average emissions across the range from the Japanese automaker.

To obtain a Suzuki Across manual you can simply use the RAV4 versions for the corresponding year as the models are nearly perfectly identical.

Q: How do I get an owner's manual?

A: We have 24 of the most recent Toyota RAV4 owner's manuals available to view, download or print available on this site. Just pick the year of the RAV4 you have from the list above to be taken to the correct page.

Q: What is the difference between a RAV4 LE and SE?

A: The LE is the base trim with basic features whereas the SE is the higher-end trim and costs roughly 15% more to buy. Some features that stand out in the SE trim is the addition of a premium built-in satellite navigation system and safety aids such as blond-spot-monitoring.

Q: How often should a Toyota RAV4 be serviced?

A: According to the manual, Toyota recommends that you have your RAV4 serviced every 5,000 miles or every 6 months - whichever comes first.

Q: When should I change the oil in my Toyota RAV4?

Q: How many miles can RAV4 last?

A: With proper care and servicing the Toyota RAV4 can last for up to 250,000 miles. Many factors can affect this such as driving style, climate and quality of replacement parts.