Find the owner's manual you need by first choosing a manufacturer from the below list. Once you have clicked through you can then select the model and then the model year. 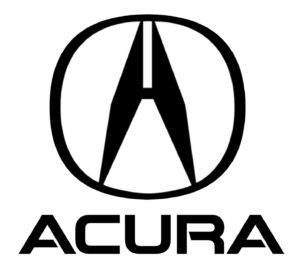 Acura is a sub-brand of Honda that focuses mainly on luxury vehicles. Most of the models on offer by this brand are also sold by Honda but with fewer features included as standard. Primarily the brand is used to market cars in the USA although you can find it operating in other territories too.

Audi is a manufacturer of premium automobiles and is owned by Volkswagen. It is based in Germany and was formed by 4 smaller companies merging into one which is reflected in its four-ring logo. Audi spends around $5bn per year on research to retain its prominent position in the market.

Formed in 1916, BMW originally produced aircraft engines which is still evident in the design of its logo today. They switched to producing cars in 1918 but switched back to aircraft engines during the second world war. In recent years they have acquired the Rolls Royce and Mini brand to expand their customer base.

Founded in 1899, Buick was the company that formed General Motors in 1908. You will find many cars of theirs sharing mechanical parts with other GM and Chevrolet models, such as the Encore SUV. They have an image of being luxurious and include many features as standard that you would pay a premium for elsewhere.

The Cadillac name has become synonymous with luxury ever since the early years of motoring. They were pioneers in early technologies during the 20th century and were quickly bought out by Henry Ford in 1909. The company was known for its full-size sedan models but has moved into the SUV market this century.

Chevrolet was first formed in 1911 by a Swiss racing driver and was bought out by General Motors in 1918. They have a vast catalog of models on offer in many of the segments in the auto market. In recent years they have put many crossover SUVs onto the market including the revived Blazer name and the Equinox.

Chrysler is a popular automobile manufacturer that almost didn't survive the 2008 recession, instead, they had to cut back on many models. They were bought out by Fiat in 2014 and now share much of the same technologies across the two company's catalog of cars.

In 1919 the Citroën automobile manufacturing company was formed in France. It originally created machinery for World War 1 but in 1934 decided to move into automobiles. It set out on a mission to create low-cost low-weight automobiles for the masses. Their most notable model is the 2CV which is a popular sight in older movie sets.

Dacia started life as a Romanian government-owned automobile manufacturer but in 1999 the company was sold to Renault. This partnership led to Renault employing their technology into the Dacia range of cars. Dacia is now known for being a value-for-money no-frills brand.

Dodge was originally the generic wing of Chrysler, selling many different models spanning various segments of the auto market. In recent years the company has tried to shake off that image and instead be seen as a performance brand. Now they are pushing lines such as the Durango, Challenger and Charger with larger engines and sports trims.

Fiat can trace its history back to 1899 when it sold its first automobile. For most of the 20th century, this company held dominance over the European car market until the 1980s. Nowadays the company controls Chrysler and Dodge and also operates outside of the automotive market.

Ford is known for its extensive catalogue of cars and motorsport history. Henry Ford started the company in the first few years of the 20th century and within a few decades found itself buying out many of the leading automakers around the world. They are the second-biggest auto manufacturer in the United States and fifth worldwide.

In 1908, GMC started acquiring auto manufacturers and to this day are now the largest automakers in the USA and second-largest in the world. They have owned such brands as Buick, Cadillac, Chrysler, Pontiac, Saturn and Hummer. In 2016 the company passed the 10 million cars sold in a single year mark.

Formed from a passion for motorsports, Honda started life in 1937 as a manufacturer of piston rings for Toyota. In 1946 they began building their own motorbikes and then engines, by 1963 they had produced their first automobile - a mini pickup truck. Now they sell cars through their main brand and through their luxury brand Acura also.

Hyundai initially started out life as a construction company in 1947 before manufacturing construction materials in-house in 1950. It wasn't until 1967 that the company produced its first automobile and in 1997 they acquired a majority shareholding in Kia Motors. Now they are a major contender in the auto market moving away from being a budget brand to a mainstream option.

During the 1980s many of the big Japanese automobile manufacturers created luxury divisions to market premium versions of their cars in the USA. Infiniti was the spin-off of Nissan and started with just 2 models, the Q45 and M30 which were based on the Nissan President and Nissan Leopard but with many premium features included as standard.

The Jeep brand is known for its tough offroad cars and was initially launched in 1943 before being sold off to American Motors in 1970. Chrysler eventually bought the brand in 1987 and nowadays the company is being used to market a wide range of SUVs and pickup trucks.

Established in 1944, Kia Motors have grown from a low-cost no-frills alternative automobile manufacturer to a sought-after well-established brand. They were bought out by Hyundai in the late-1990s and have since seen their range of cars blended together sharing technology and information between the companies.

Lexus is a luxury sub-brand of Toyota, established in the mid-1980s to cater better for the American automobile market. Toyota took many of the successful models they were selling at the time and improved them vastly to sell in the North American region at a much higher price.

When Mazda started out in 1920 they were initially manufacturing 3-wheeled vehicles to sell locally in Japan. The company's first big success was the adoption of the recently invented Wankel engine in the 1960s that produced better power from a lighter weight, ideal for the mountainous terrain of Japan.

Since 1926 Mercedes-Benz has been producing luxury automobiles that are sought after all around the world. The company was formed from some of the original founders of Damlier-Benz who were seen to have been the first to put an internal combustion engine into an automobile.

Mini started out life as a one-man-led project to create a small and lightweight car that could be mass-produced cheaply. It became an icon of the 1960s and of the UK and during the 1970s really came into its own as the price of oil started to rocket. In the year 2000 BMW purchased the brand and used it to launch a range of modern versions of the car to reduce the company's average emissions.

The Mitsubishi name can be traced right back to the 1870s when the company started out shipping goods around the world. They expanded quickly, buying out suppliers and competitors until eventually getting into automobile manufacturing in 1917. They didn't become a household name until after the second world war.

Nissan has been producing automobiles since 1933 and now owns several popular brands including the recently revived Datsun and its luxury wing Infiniti. For a short time during 2014, the company was the largest automaker in the world. At the start of this century, the company joined forces with Mitsubishi and Renault to strategically share technology.

Vauxhall and Opel offer the same vehicles and are both owned by General Motors. Vauxhall focuses its marketing efforts on the UK and Opel concentrates on the rest of Europe. Both companies were initially formed in the 1800s manufacturing machinery rather than automobiles at first.

Initially selling coffee mills and bicycles, the family-owned Peugeot company was formed in the early 1800s. It entered the automobile market with a steam-powered tricycle in 1889 and just a year later released a car that was powered by an internal combustion engine. Nowadays they are part of the General Motors group along with Citroen.

Renault started out as an affordable automobile manufacturer in 1899 and has continued that brand image ever since. In recent years the company has formed a strategic partnership with other automakers Mitsubishi and Nissan to share technology among their ranges. They took control of the Dacia brand in 1999 so that it can focus on no-frills low-end automobiles.

Originally SEAT was a state-owned automobile manufacturer launched in the 1950s until it was made private in the 1980s. Volkswagen quickly bought up a controlling stake in the company and updated its range to include its own technology, such as moving the Ibiza to the Golf platform. Now the company is pushing forward with crossover SUVs to ride the new booming trend.

Skoda is a Czech automaker that started life as a manufacturer of bicycles in the 1800s. In 1895 they changed their focus to the newly forming automobile market. By 1948 they were taken over by the state until in the year 2000 they were privatized and bought up by Volkswagen. Now the company sells a range of Volkswagen-based cars with no-frills and budget price tags.

Subaru is known for its turbocharged boxer engines and four-wheel-drive chassis'. This combination has earned them a name in motorsport and for those needing an all-around vehicle that is both good on and offroad. In recent years they have concentrated on crossover SUVs as the market for them has exploded.

Suzuki started out making looms for the booming silk industry in Japan in the early 20th century. In 1935 the company decided to move into the automobile market and within 2 years' time, they had their first model ready for sale. World War 2 put a premature end to this movement but in the 1950s the company tried again.

Tesla is the most valuable automobile manufacturer in the world, impressive for a company only formed in 2003. Once Elon Musk came onboard the company started developing multiple electric vehicle lines and is setting out to conquer each sector of the automobile market with its offerings.

Originally the Toyota company focused on making and selling looms before selling the technology and investing in an automobile called the A1. They then went on to create a truck and were quickly dominating the market by offering the quality people would expect from a US manufacturer for 10% cheaper.

Volkswagen started out life in 1937 when the Nazi party ordered the development of an affordable car for the masses to be created. They drafted in Porsche to help with the development and over the years they have taken over many European brands - including Porsche. The company is known for its value-for-money vehicles and impressive technology.

Known for its impressive safety record and well-built cars, Volvo is based in Sweden. It was formed in 1927 and still to the day continues to market many lines of cars including an ever-growing range of SUVs as the market demands more each year.