You can find 12 different owner's manuals for the Kia Picanto on this page that are in the PDF format. 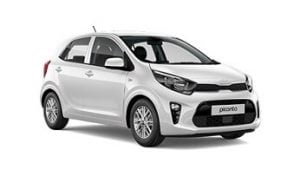 Replacing the Visto as the company’s new city car, the Kia Picanto was put into production in 2004.

It was built in accordance with the “light car” design specifications of South Korea to benefit from tax breaks in their local market.

Outside of South Korea, it acts as a city car that is thin on features but boasts a light overall weight and small economical engines.

To create the car Kia took the 5-door Hyundai Getz platform and reduced its length slightly with the choice of one of two engines.

In order for it to appeal to European buyers who already had a fiercely competitive city car market (dominated by the likes of the Toyota Aygo), the company added an MP3 player and an air-conditioner to those models.

For 2011 the Picanto went into its second generation and the most notable change was the addition of a 3-door version for European buyers.

An option for an LPG drivetrain was added and a CVT – the safety score with Euro NCAP increased significantly as well as the awards given to it by motoring publications.

Many motoring critics praised its design, value for money and reliability, in 2013 MoneySupermarket.com deemed it the most reliable car in the UK.

In 2017 the Picanto entered its third generation and was upgraded with many safety features and more economical engines options.

A forward-collision warning system and an autonomous braking system were added to give the driver faster response times to potential accidents up ahead.