You can find 27 different owner's manuals for the Chevrolet Malibu on this page that are in the PDF format.

The years available stretch from 1997 through to 2022 and to view the manual you just click the name underneath. 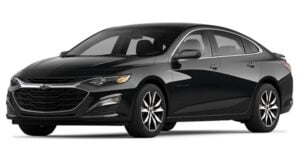 About The Chevrolet Malibu

A mid-sized car that’s ideal for transporting the family around is the Chevrolet Malibu that has been manufactured since the mid-1960s.

These owner’s manuals will provide you with information about the Chevy Malibu, including safety features, warranty information, and how to get the most from the vehicle.

The model had a 14-year break from 1983 through to 1987 when the range was revived and turned into a front-wheel-drive car whereas the originals were rear-wheel-drive.

This new FWD release shared the same platform as some other General Motors cars such as the Buick Skylark, Oldsmobile Alero and Pontiac Grand Am.

Very early Chevrolet Malibu owner’s manuals are not available on this site as the demand is very low and rarely available as PDFs.

The 2008 release of the seventh generation of the Maliba brought with it a choice of hybrid engine and a 6-speed automatic gearbox to push even more miles per gallon from gasoline.

With the eighth generation release customers had an even larger choice of engine sizes starting from a pokey 1.5-liter turbo through to a high-torque 3-liter V6.

Customers also gained the ability to choose diesel as a fuel type for the first time in the Malibu range, though the choice of the hybrid was no longer available.

With the ninth generation in 2016 (being the most recent version available) hybrid was brought back as a choice for purchasers of the Malibu.

You could also choose from a wide range of non-hybrid trims too such as:

You can learn how to operate the hybrid technologies in the car by growing through the more recent Chevrolet Malibu manuals available on the list on this page.

Q: What are the plus and minus on my Chevy Malibu shifter?

A: If you switch from automatic to manual shifting (switching from D to M on the lever) then you can use the + and - to manually select the gear. The gear choice will be displayed on the instrument panel in front of you in the dashboard.

Q: Why does Chevrolet Malibu have two batteries?

A: To ensure that the car has an ample amount of power to start the engine the car has dual-batteries. This is commonplace with models that offer start/stop technology due to the increase in the number of times that car is switched on and off.

A: According to surveys carried out by RepairPal, the Malibu is rated as 4 out of 5 for reliability by owners of the car.

Q: How many miles does Chevrolet Malibu last?

A: You can expect the Malibu model to last up to 150,000 miles when properly serviced and maintained.

Q: Can you buy the Chevrolet Malibu as a manual?

A: The most recent version of the Malibu (as of 2021) is only available with an automatic transmission. 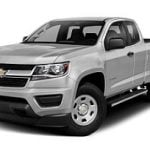