You can find 11 different owner's manuals for the Ford Taurus on this page that are in the PDF format. 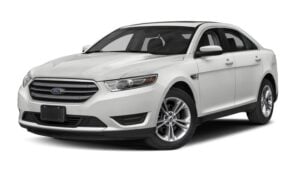 About The Ford Taurus

Production of the Ford Taurus was discontinued in 2019 after serving since the mid-1980s as the company’s mid-size and then full-size car.

It was always a front-wheel-drive model (with an optional four-wheel-drive upgrade available) which stepped away from the rear-wheel-drive that was common at that time.

This newer layout was lighter due to the car lacking a prop shaft that transmitted the engine power to the rear axle bringing down running costs in the process.

You will need to prepare yourself, your passengers, and even your car with some necessary items before driving it.

The owner’s manual is a great resource that has all of this information in one place, all of which you can find on this page in PDF format.

A premium version of the car was also marketed as the Mercury Sable and was even used as a platform for the Lincoln Continental.

During the early 1990s, the car was the best-selling model in the USA for 4 years in a row before consumer tastes changed to minivans and SUVs.

From 2007 the Ford Taurus was sold as a full-size car after it was built using the Five Hundred (D3 platform) model as a donor with slight differences.

The sixth-generation Taurus that was introduced in 2010 was the final version sold in North America and featured modern safety aids such as cross-traffic alert and collision warning.

In China, the Taurus line continues to be manufactured for that country with subtle changes to help it sell better in that region.