You can find 17 different owner's manuals for the Subaru Crosstrek on this page that are in the PDF format. 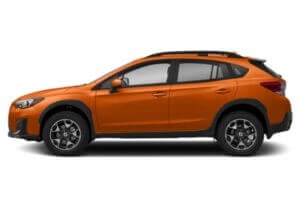 The Subaru Crosstrek is a subcompact crossover SUV that is also known as the Subaru XV in some regions.

To help you get the most out of your new vehicle, Subaru has compiled a list of helpful tips for driving, maintenance and more in these owner’s manual PDFs.

This Crosstrek is essentially a lifted Impreza with a few other small changes to the body and mechanics.

Since its release in 2012, the car has gone through 2 generations of design and features.

The original release of the Crosstrek came with a limited range of engines, you could choose from a few 2-liter gasoline/diesel engines or a smaller 1.6-liter gasoline engine.

After 2 years of production in 2014, Subaru added the option of a hybrid system to the car for North American customers to increase the MPG.

A year after the hybrid option was added the manufacturer managed to improve it to squeeze out an additional mile per gallon of fuel.

The second-generation face-lift model of the Crosstrek released in 2018 also brought with it a wider range of engine sizes and mobile device connectivity.

With this new model came a new set of trims for the car including Limited, Premium, Sport and Touring.

The hybrid system in the second generation was greatly improved to add another 5 miles to each gallon of fuel burnt by the car and a plug-in system allowing the owner to charge the car and run on electricity alone.

2020 saw a face-lift of the Subaru Crosstrek that brought a sporty new look and a host of new technology such as adaptive cruise control and lane centering.

A: The hybrid version of the Crosstrek is being phased out after 3 years in 2022 and focus on a green-vehicle is being put onto a new model line instead.

Q: Does the Subaru Crosstrek come in manual?

A: You can order the current Crosstrek (as of 2021) with either a CVT or manual transmission.

Q: How many miles will a Subaru Crosstrek last?

A: Subaru is known for building solid, reliable cars and this Crosstrek is an example of that. The current models on the road are expected to reach up to 300,000 miles if probably serviced and maintained.

Q: Is the Subaru Crosstrek good in snow?

A: The Crosstrek is a full-time four-wheel-drive and has a low center-of-gravity making it great in low-traction conditions.

Q: What kind of oil does a Subaru Crosstrek take?

A: It is recommended that you use synthetic oil inside your Crosstrek, using conventional oil will lead you to need to perform an oil and filter change twice as often. 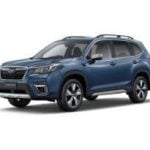 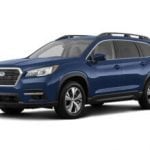 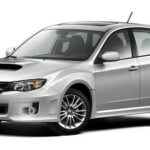 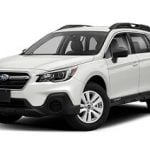