You can find 6 different owner's manuals for the Volkswagen Sharan on this page that are in the PDF format.

The years available stretch from 2016 through to 2021 and to view the manual you just click the name underneath. 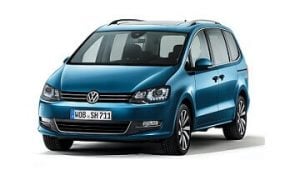 About The Volkswagen Sharan

In the mid-1990s the first Volkswagen Sharan models came onto the motoring scene.

They were classed as mid-size MPVs in Europe with all examples ever made being assembled in a Portuguese plant.

Alongside this model were also the SEAT Alhambra and the Ford Galaxy that were near identical.

This was due to the Sharan being a joint project between Volkswagen and Ford to take on the Renault Espace and the Chrysler Voyager that were dominating the market.

The two companies agreed that this would be a European model and that neither would sell it in the USA to avoid competing with the Ford minivans already established there.

A wide range of engines was launched with the car including turbodiesel and gasoline options mated to either a manual or Tiptronic transmission.

If you are considering purchasing one of these cars, these owner’s manuals will be an invaluable source to you.

In 2010 the second generation Sharan was launched by Volkswagen along with the rebadged SEAT Alhambra version continuing also.

This new model was sat upon the PQ46 platform that was shared with larger Volkswagens such as the Passat.

It was 3-inches longer than its predecessor yet the company had managed to shave off 30kg from the overall weight.

Buyers had only three choices of engine, one gasoline and two turbodiesels mated to a variety of transmissions again. 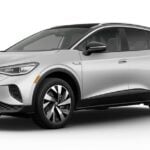