You can find 17 different owner's manuals for the Mercedes Benz E-Class on this page that are in the PDF format. 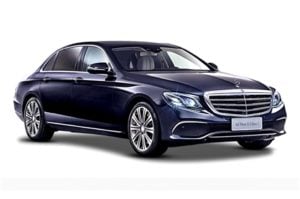 The Mercedes Benz E-Class slots between the large S-Class and compact C-Class from the German automobile manufacturer.

It has been hailed as one of the best cars ever made, and it comes with a digital owner’s manual to help you get the most out of your vehicle.

Tracing the E-Class name back will take you to the start of the 1950s to a model called the W120.

Over the decades since the car evolved more into what we would imagine the executive car to look like in 1993 when all of the Mercedes Benz range was designed to look like each other.

The luxury cars came with powerful V6 or V8 gasoline engines in the USA and buyers could opt for a sedan, coupe, convertible or station wagon layout.

As the generations of redesign came and went the basic shape of the E-Class stayed roughly the same though inside and under the hood the technology advanced rapidly.

The latest fifth generation of the design was released in 2017 and customers had the option of several inline 6 or V6 diesel engines or a 4 cylinder gasoline engine.

New autonomous technology has been added to the model that makes it even safer to drive as it helps keep extra virtual eyes on the road.

Sales have kept pretty steady for the E-Class range but as Mercedes Benz and other car manufacturers add more SUVs to their range sedans like this are feeling the pressure.