You can find 5 different owner's manuals for the Mercedes Benz GLB-Class on this page that are in the PDF format.

The years available stretch from 2019 through to 2023 and to view the manual you just click the name underneath. 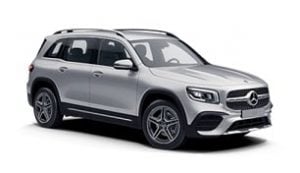 Also known by the code name ‘X247,’ the GLB was first shown in Park City in Utah on 10 June 2019. Originally a concept car at the Shanghai Auto Show, the first GLB looked incredibly similar to the final production model. Fairly large, the GLB slots in between the GLA and GLC but despite not being the biggest, was the only one with an optional third row of seating. In fact, the GLB had the ability to individually fold down the rear seats in a number of combinations allowing for a large cargo capacity.

Reviews were quick to point out that the third-row seating wasn’t really fit for purpose, deemed ‘claustrophobic’ by some, the leg room was minimal and when the seats were engaged, there was little to no boot space.

Built upon the same front-wheel drive MFA2 platform as the W177 A-class, the GLB had the ability to add all-wheel drive with an 8-speed dual-clutch and automatic transmission. A fully electric variation of this model debuted in 2021 along with a plug-in hybrid, both were christened a different name, the EQB. Sales were fairly good, with the second year of production totaling 27,223 in Europe and 59,500 in China. Throughout its life, the GLB has been built in the Assembly plant Aguascalientes in Mexico for the American market, and in Bejing for China.