You can find 29 different owner's manuals for the Mercedes Benz Sprinter on this page that are in the PDF format.

The years available stretch from 1995 through to 2023 and to view the manual you just click the name underneath. 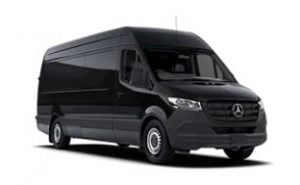 The Sprinter is a light commercial van that has been manufactured by the Mercedes-Benz Group since 1995. There have been three generations since its initial release, with the latest models debuting in 2019.

During its time on the market, there have been a number of different vehicle models. These include cargo, crew, and passenger vans, as well as a cab chassis.

Another notable version is the Sprinter City, which is a minibus version that has been in production since the series initial release. These have come in various sizes, being capable of seating up to 40 passengers.

These have been driven by front-, rear-, and all-wheel drive systems over the years. However, all new models are either rear-wheel or all-wheel drive depending on the engine selected.

The Mercedes-Benz Sprinter is often compared to the immensely popular Ford Transit, as well as the RAM ProMaster and Nissan NV2500.

There are several models and trim levels available. Models range from the smallest 1500, through to the 4500. Additionally, there is both a 3500 and 3500XD. Other configurations include short and long wheelbases, standard and high roof, and various body lengths.

Engine options have changed with each generation. The latest versions include two different diesel engines with options for higher outputs and either rear-wheel or all-wheel drive. These are either a 2-liter or a 3-liter V6, both of which are turbocharged.

Older powertrains consisted of engines ranging from a 1.8-liter inline-4 up to a 3.5-liter V6. These included both petrol and diesel options.