You can find 8 different owner's manuals for the Renault Megane Scenic on this page that are in the PDF format. 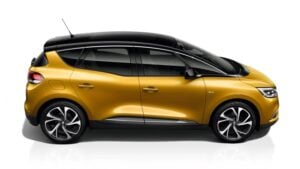 About The Megane Scenic

Based on the Renault Megane small family car the Scenic was an extension that increased the height and inside volume of the car turning it into an MPV.

These owner’s manuals discuss the various features of the vehicle, as well as giving you some helpful tips on how to take care of your new purchase.

The benefit of doing this was so that the shared platform between the 2 vehicles led to cost-saving both during construction and while running it.

Sales spoke for themselves and this move to create an MPV from a small family car went so well other car manufacturers rushed to offer their own.

Citroen, Vauxhall and Fiat all offered their own MPVs within 5 years of the Megane Scenic hitting showrooms.

The first models of the car went into production in 1996 followed by the second generation in 2003 which saw the car grow larger.

It was still based on the Megane underneath but this version was different as it had an extra 2 seats in the boot that folded down for smaller occupants.

In 2009 the third generation of Scenic became available and many improvements were made, the most noticeable was the modern styling and the car growing in size again.

The most recent version, the 4th generation has shifted away from being built on the Megane platform onto the “Common Module” one shared by Nissan and Renault.

Many cars use the same platform as the latest Renault Scenic such as the Nissan Rogue and the Nissan Qashqai.

Along with the choice of engine and gearbox the buyer can also choose from one of four trims including Dynamique Nav, Dynamique S Nav, Signature and Signature Nav.