You can view the 2015 Ford Escape owner’s manual further down the page underneath the image of the cover. 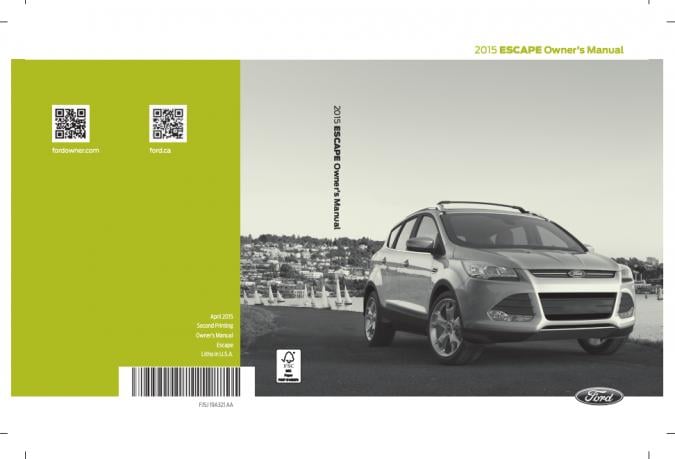 The Ford Tribute is a compact crossover SUV that shares a lot of its mechanical working with the Mazda Tribute.

The 3rd generation saw an introduction of new engine configurations with a real push for hybrid technology allowing the car to drive on electricity alone for 37 miles.

The car was pushed heavily to the Chinese markets as their economy boomed and was sold as the Kuga rather than Escape.

This 2015 Ford Escape owner’s manual starts with a introduction covering some of the more important aspects of owning this car and legal information.

The manual then moves into the safety devices fitted to the car such as the seat-belts and restraints that may save a life in a potentially fatal collision.

The electrical features of the car are featured next from the key fob through to the windows so that any difficulties can be easily rectified.

A section on starting and stopping the engine can prove useful as incorrect methods could reduce the life of the your Ford Escape.