You can find 31 different owner's manuals for the Ford Escape (Kuga) on this page that are in the PDF format.

Brought in as the replacement for the Maverick in 2013 the Ford Escape has gone through four generations of redesign so far.

On this page, we list some of the most useful owner’s manuals for the Ford Escape so that you have a better understanding of how to use your car.

In Europe, the car is sold as the Kuga and was released a year earlier than the US version in 2012.

Sales have been amazing for this range although slowing slightly in recent years as stiff competition arises in the SUV from other manufacturers.

The car was designed by Ford and Mazda who both went on to release their own versions of the compact crossover SUV, the Japanese counterpart was badged the Tribute.

Sat on this market already were strong competing models such as the Mazda CX-5 and the Honda CR-V.

Engines for the 2 manufacturers’ separate cars were produced by Mazda though the optional V6 is a Ford option provided in-house.

Another version of this car existed for 2 years and was sold as the Mercury Mariner before that sub-brand was discontinued by the parent company General Motors.

Experimentally in 2007 with the help of outside companies, the Escape was fitted with a plug-in hybrid system for a small number of customers and fleets.

It wasn’t until the 2020 face-lift of the Ford Escape that an official hybrid trim would become available in the form of a 2.5-liter inline 4 cylinder engine with 2 electric motors.

The most recent version of the car has the option of an 8-speed automatic transmission or a CVT for the hybrid trim.

Aside from this hybrid trim, you can also find the car on sale with the following badges:

Q: What does an owner's manual tell you?

A: An owner's manual can show you how to properly and safely operate a car. Towards the back of these manuals, you will also usually find sections teaching you how to maintain a car to help it retain value.

A: This is the brake assist button. You can use it during times of constant stop/start traffic so you don't have to hold the brake pedal down for long periods of time.

Q: Is the Ford Escape a good SUV?

A: According to surveys, the Escape is a great SUV that tops the charts in terms of reliability and fuel economy.

Q: How do I find out when my Ford Escape warranty expires?

A: It's easy, you enter the VIN of your Escape into the official Ford website and it will tell you there when the warranty will run out.

Q: How many miles do Ford Escapes usually last?

A: According to research, the Escape is known to last to an average of 130,000 miles. This figure can vary a lot due to the use of the vehicle and the level of servicing and maintenance provided to it by the owner/s. 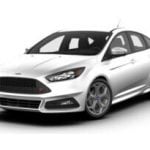