You can view the 2020 Audi Q7 Owner’s Manual further down the page underneath the image of the cover. 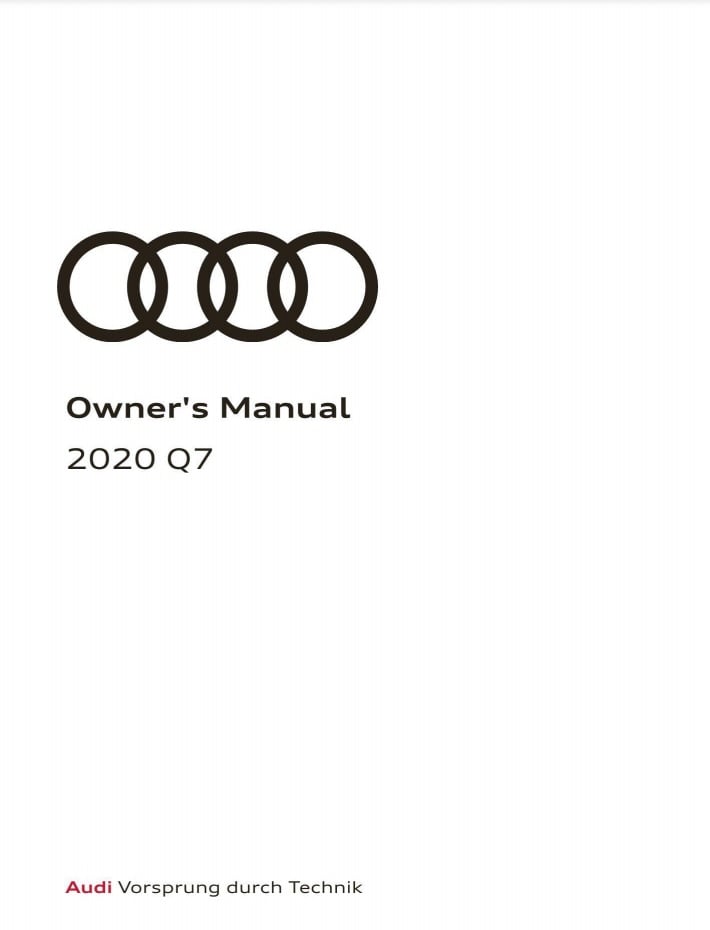 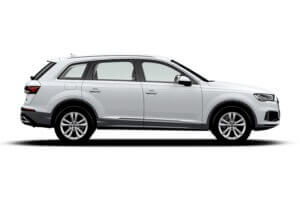 Introduced in 2005 originally as a full-size luxury SUV, the Audi Q7 was later reclassified as a mid-size luxury crossover SUV.

What made it a "crossover" was the fact that the chassis was re-engineered to not have the off-road equipment it had before.

This led to a much lighter vehicle with lower running costs and the space it took up previously was now being used for comfort and safety equipment.

Most owners of the original Q7 were rarely taking the car off-road, especially as it was a luxury vehicle and many of them lived in the city.

Alongside this large change was an introduction of hybrid technology to help capture lost energy during braking and recycle it while accelerating again.

2020 saw the first facelift for the second-generation model including updates on the exterior and massive changes to the suspension.

New hybrid options were added in 2020 too, including 3 new diesel-hybrid drivetrains popular with European customers.

To find out more about these new changes and technology that is hidden away in the Audi Q7 you can check out the 2020 manual on this page.

It is a PDF document that you can view on your device, download a copy of or even print out.