The Cadillac Escalade is a full sized SUV manufactured by GMC for the North American and Canadian market.

It was the first SUV on the market from Cadillac who are known for their luxury models and no expense has been spared in the production of these cars.

Other full-size SUV’s on the market that it competes with include the Jeep Grand Cherokee and the Chevrolet Tahoe.

The first examples were produced in 1998 from the manufacturing plant in Texas though since then some have been built in Russia and Mexico for new markets.

The car has always been available as a four wheel drive with the option of having rear wheel drive only for those who don’t expect to be needing off-road capability.

Engine options over the years have always been V8 only though you can opt for a gasoline or diesel and a manual transmission doesn’t seem to have ever been available for the Escalade.

As you would expect from a luxury car manufacturer the technology in this car has always been cutting edge. The latest model of Escalade contains many entertainment features (video and mobile device connectivity) as well comfort features such as magnetic ride control.

The EXT version of the Escalade that was released in 2001 adds a pickup truck bed to the back of the SUV creating a luxury pickup truck, sales were never outstanding for these variations.

A full electric version of the car has been planned for 2025 with the platform being the one used on the Hummer EV also planned for the same decade. 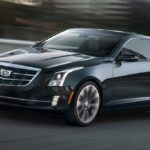 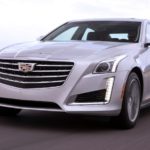