You can find 14 different owner's manuals for the Hyundai Ioniq (Electric & Hybrid) on this page that are in the PDF format. 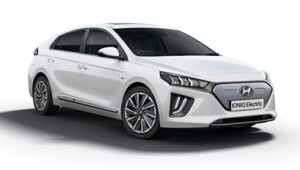 The Hyundai Ioniq is a five-door sedan offered in 3 different types of environmentally friendly propulsion methods.

You are able to buy the Ioniq as either a full electric, plug-in hybrid or mixed fuel/hybrid combination of engines.

You can find the owner manuals for all 3 types of cars on this page for the corresponding year below.

The hybrid version alone is more fuel-efficient than the market-leading Toyota Prius and is powered by a 1.6 liter petrol engine mated to a 6-speed dual-clutch transmission.

Aside from being able to choose the fuel type you can also choose from one of four trims inside the car such as:

The full-electric version has a range of 200 kilometers which surpassed the manufacturer’s own target of 180 kilometers.

When compared to a normal fuel-driven car the expected efficiency expected is quoted as being the same as achieving 122 miles per gallon of fuel.

The plug-in hybrid version of the Ioniq is quoted as being able to achieve an amazing 125 miles to the gallon equivalent when given a full charge.

When the plug-in hybrid version is driven on the electricity-only mode it can obtain a range of 31 miles though that is set to improve according to Hyundai.

In 2020 the Ioniq name was spun off into its own brand to be focused primarily on electric and alternative energy-powered cars.

The first model to spawn from this new brand is the Ioniq 5, an all-electric car that is also being sold as the Kia EV6 also.

Q: Can you jump-start a Hyundai Ioniq?

A: You can jump-start many hybrid cars the same way that you would jump-start a traditional non-hybrid car. You need to put another car bonnet-to-bonnet with the target car and then connect up the batteries using the same polarities with the engine running on the donor car. Leave the donor car to charge the battery of the target Ioniq for a few minutes then try starting it with both cars connected to each other.

Q: Where is the Hyundai Ioniq manufactured?

A: All Hyundai Ioniq manufactured so far (as of 2021) have been assembled in South-Korea and Malaysia.

A: A fully-electric version of the car is produced with a battery and motor drivetrain. You can also buy the Hyundai Ioniq as a plug-in hybrid or a standard mild-hybrid that simply captures the lost energy during braking and recycles it when accelerating again.

Q: How long does a Hyundai Ioniq battery last?

A: According to the owner's manual, the battery for the fully-electric, plugin-hybrid and mild-hybrid all last for around 8-10 years. This is standard across most manufacturers and after that time it is recommended that you have the batteries replaced.

Q: How much does it cost to charge a fully-electric Hyundai Ioniq?

A: Based on current electricity prices and the size of the battery in the fully-electric 2017 Hyundai Ioniq, it will cost just under $3 to charge the battery fully. On a full charge you can expect to drive up to 124 miles according to the manufacturer. 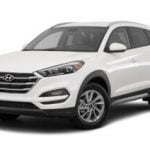