You can find 11 different owner's manuals for the Mercedes Benz G-Class on this page that are in the PDF format. 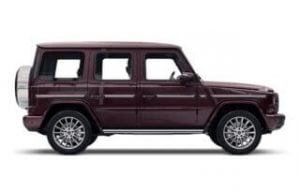 Often referred to as the G-Wagen (or G Wagon) in popular culture the Mercedes Benz G-Class is a range of luxury SUVs.

If you have just purchased one of these vehicles, then these manual PDFs will be perfect for you.

They cover all the basics about your vehicle including how to drive it, what features it comes with, and more.

The GL-Class was introduced in 2006 as the ideal replacement for this car though the demand for this version has kept the line going.

Originally the car was designed and built by the Austrian automobile manufacturer Puch and sold by Mercedes-Benz.

It was designed as a military vehicle by the Shah of Iran who was a significant shareholder of Mercedes at the time.

Domestic sales began in 1979 when a version of the G-Class was adapted for normal road use.

Then 2 years later the truck was upgraded with luxury comfort features such as air-conditioning and automatic transmission.

Since then the G-Wagen has gone from strength to strength being the choice of car for luxury and celebrities across the world.

With the addition of performance engines provided by the AMG tuning wing of Mercedes Benz and the level of luxury that you would expect from the manufacturer, it took off.

The most recent generation of the SUV was released in 2018 and sports a 9-speed automatic transmission and a range of twin and single turbo-charged engines.

Special edition models have been released over the years including a famous 6X6 version and hardcore military adaptations.