You can view the 2019 Ford Fusion Hybrid Owner’s Manual further down the page underneath the image of the cover. 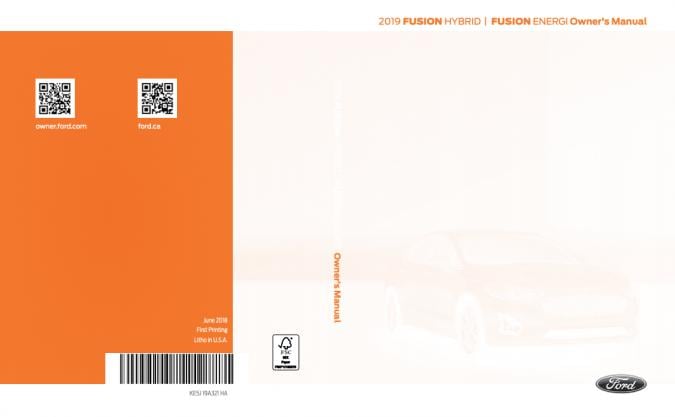 Other Manuals For 2019 Fusion

In the USA the Ford Fusion is a mid-size car manufactured in Mexico.

It first went on sale in the 2006 model year to replace the Ford Contour, which was itself sold in Europe as the Mondeo.

For the 2019 model year, the Fusion received a facelift that added the American automaker's Co-Pilot 360 driver-aids system.

The Fusion was discontinued in 2020 so that the company can focus on pickup trucks and crossover SUVs like the Edge.

In 2010 the Fusion was updated to add a hybrid option that captured lost potential energy usually lost to the brake pads and recycle it when accelerating again.

This led the car to be able to achieve a much better fuel economy while city driving (constantly stopping and starting) with a slight improvement when on the highway.

Then in 2013, Ford added a plugin hybrid option to the order sheet that allowed owners to charge the car up from a mains outlet.

This led to the Fusion being able to drive on electricity alone essentially giving the car an 88 miles per gallon fuel economy.

Understanding the hybrid technologies can be difficult for those driving this type of car for the first time and consulting the owner's manual is important.

A heads-up display shows the driver how they are currently powering the car and how much more efficiently they are driving, which is also covered in the manual PDF.