You can view the 2020 Ford Fusion Owner’s Manual further down the page underneath the image of the cover. 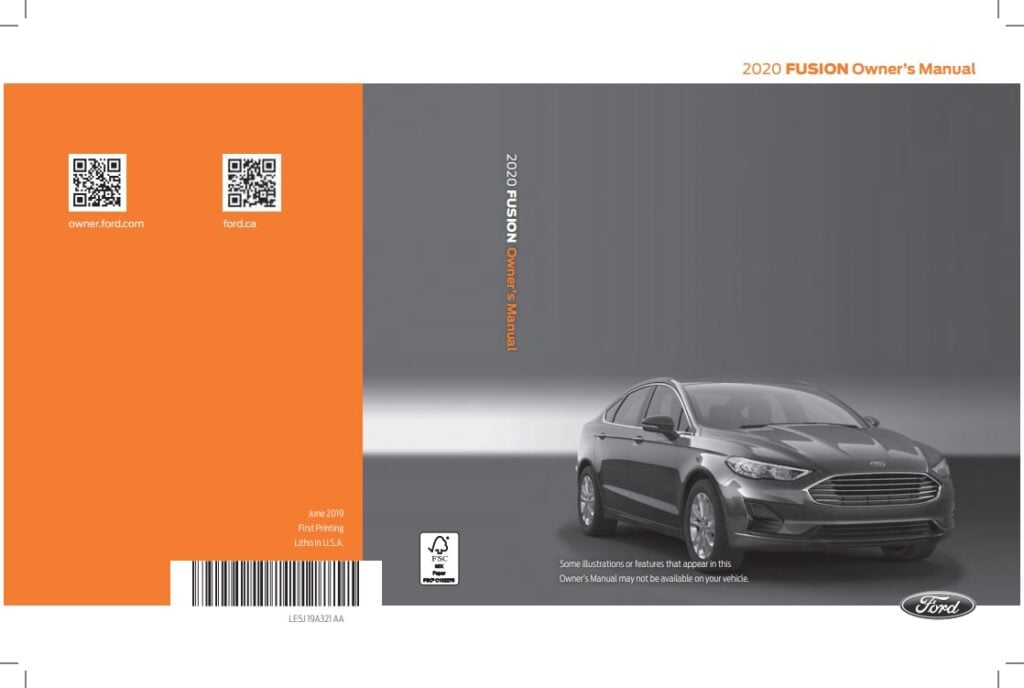 Other Manuals For 2020 Fusion

To replace the failing Mondeo in the North American and Latino markets Ford unveiled the Fusion as a better mid-sized sedan for the job.

The platform they chose was a larger one from the Ford Edge that would be more accustom to what the US market is used to.

The introduction contained in this Ford Fusion owner's manual explains the warning lights in a section called the "Symbols Glossary", a common issue with new drivers to the Fusion.

Moving onto child safety you can find out how to set the child locks and correctly use the child seat restraints.

The seat-belts and Personal Safety System from Ford gets its own section which is explained thoroughly, important for an important safety device.

A few chapters later you will find a deep explanation of the MyKey section for getting into the car and starting the engine.

The passive anti-theft system and anti-theft alarm get covered in a chapter of its own starting at page 68.